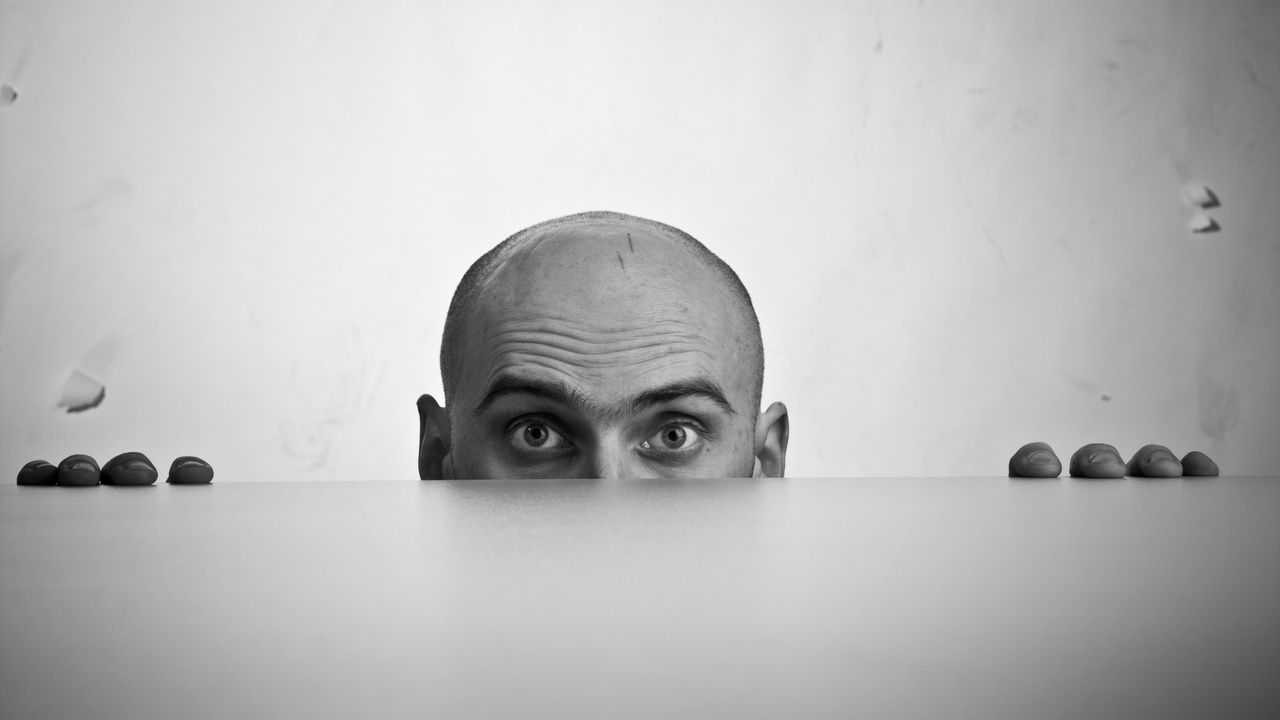 I need to make a confession. I am a recovering reluctant leader, and I'm doing everything I can to avoid a relapse.

The problem started way back when. Probably when I was just old enough to notice classmates (maybe even my older brother and sister) discrediting my unique ideas or thoughts. You know, an idea that disrupted the norm. Like,  "What if we built a maze fort out of these cardboard boxes?” Or, “Want to help me build a wall of Legos to blockade mom and dad's room while they're sleeping?”

"No!"  My brother and sister didn’t like either one of those ideas from their little brother. Sometimes I struggled with my voice being heard. Being the youngest, you often feel overlooked and ignored. It's frustrating. I remember when I was six knowing exactly what to do to put the family door knocker on the door, but no one wanted to hear my suggestion.  I felt unheard and insignificant.

Eventually many of my imaginative ideas  would stay just with me. I got tired of sharing potential  “out of the norm” or  "uninteresting" suggestions. "Who am I to recommend something that might be different -- or get shot down?"  I thought.

My struggle wasn’t just at home – it was really elsewhere – especially at school and with older friends in the neighborhood. I didn’t want to experience ridicule by saying something embarrassing, or being mocked.  Worse, I didn't want my ideas to be ignored.  So, I found it best to not even suggest anything.  I took the middle road. You know, the default path of suggesting "nothing".

Secretly though I was dying to lead. I was aching to suggest and do things different. But I didn’t want to stand out either. I wanted to fit in.

The few times I found myself taking a leadership role was playing sports. Whether it was on the soccer field or basketball court – I would occasionally find the gumption to speak my mind and challenge and encourage my teammates. Most of the time it worked well, but there were a few times I got chastised or questioned. That's when I would lose my nerve and not try again for a while. Being humbled by others can be a harrowing feeling, it’s what makes a reluctant leader even more reluctant.

Interestingly enough my dad was an officer in the Navy -- a Captain. That was a big deal to me. I looked up to my dad. I respected him. He didn’t seem like a reluctant leader. Boy, how I wanted that moxie!

It wasn’t a John Wayne kind of moxie – you know a “saddle up your horses” and “let’s go” kinda guy. He was more of a blend between Jimmy Stewart and Charleston Heston. A “think through it” planner – deliberate in what he did. Thoughtful. Confident. Clear. I admired that. 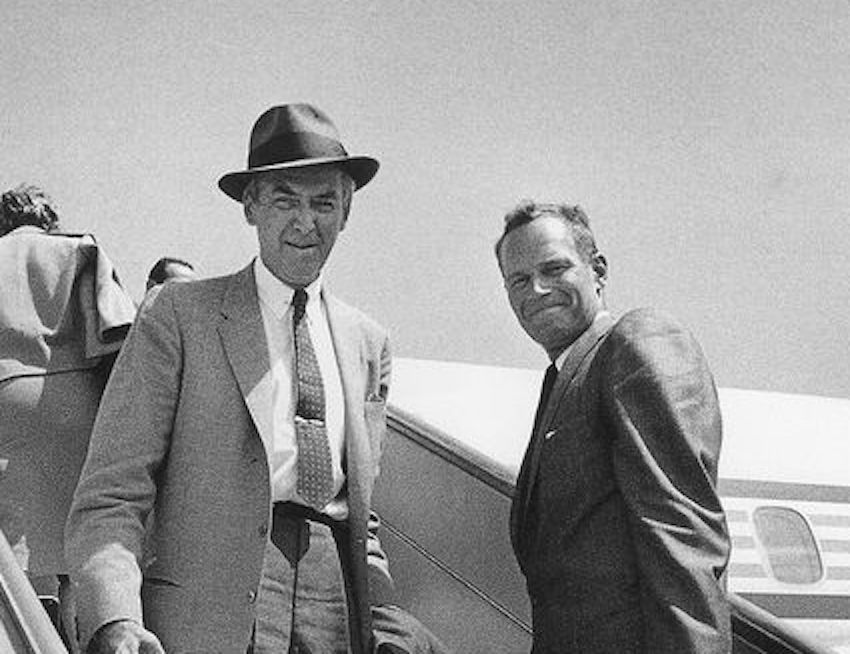 As much as I admired my dad, I didn’t want to "be" my dad. I wanted to be me. But that’s where fear and doubt kicked in. They stopped me from leading more times than I can count. I became ingrained as the reluctant leader.

Getting Out of My Shell

This pattern would carry into to my adult years too. When my cofounders and I started our business, 21 years ago, I was still the younger guy. I had plenty of ideas -- good ones, but I was sometimes hesitant to share them. Often it felt like when I did, that they were going to get shot down – like a badly played game of missile command. So, I backed off on being assertive. I became more passive. Like a turtle that hides in its shell. 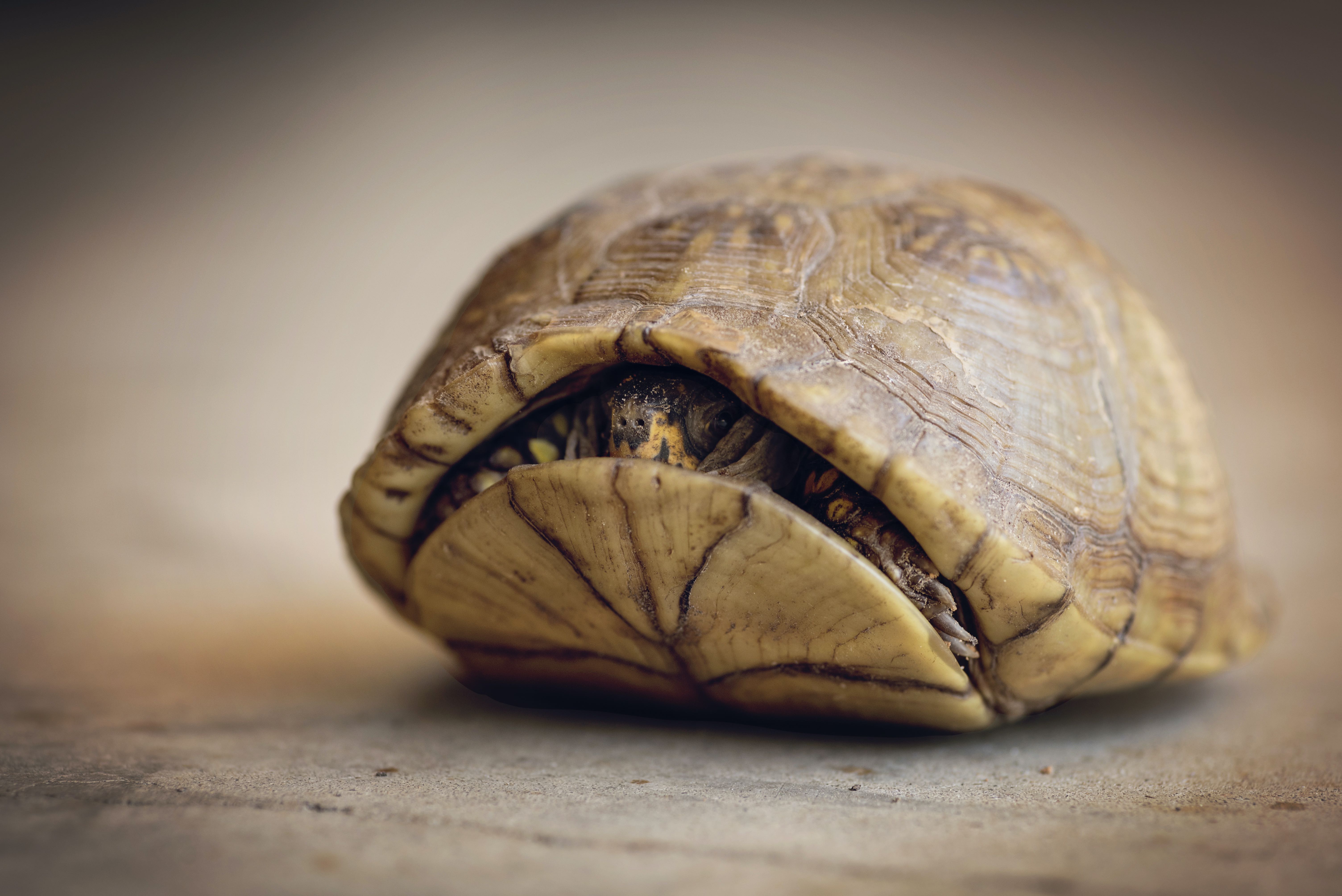 Looking back, I can see it now. It wasn’t that my ideas where bad, it’s that my doubt was bigger. The more hesitant you are, the greater the gremlins grow in your mind.  They can become Godzilla-sized. This is when we become our own worst bullies.  But, I've gotta ask,  how does that serve us?  Being our own worst critic confuses, paralyzes and defeats us from the inside out.

Get Off The Island

With the help of a coach and a few mentors almost 10 years ago, I finally figured out what to do: 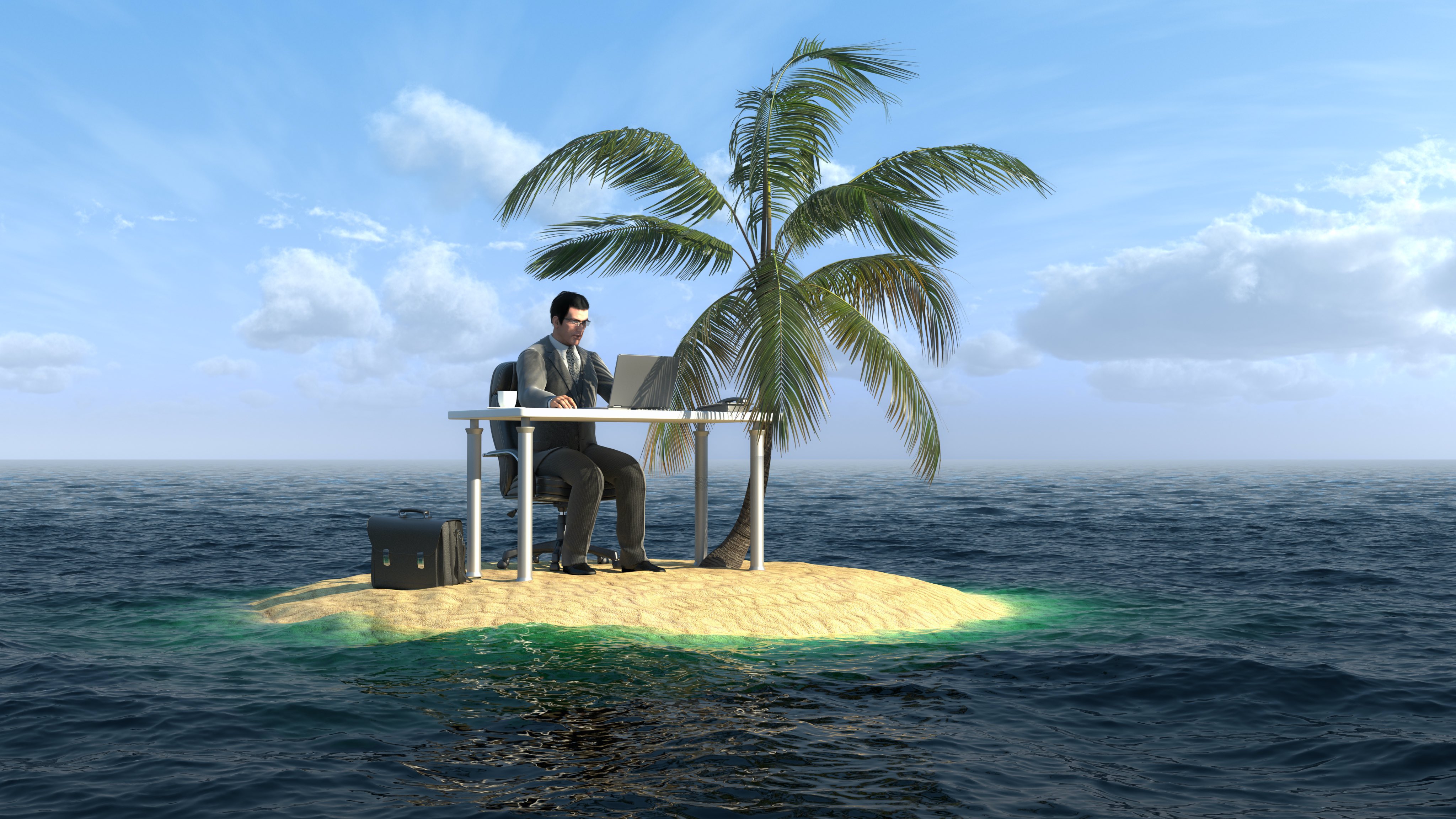 Today, while I don’t always share ALL my ideas, I do find ways to capture them.  And when I take an idea and I put it in prayer I begin to see ways to implement the idea -- to seed the idea. I discover a door or window to pass these ideas through.

Here’s the key -- I need to have an open mind -- allowing others to own the idea when I share it.  When I take an idea and bring it to just one other person, that's when I begin to see a bigger picture.  The idea isn’t for me or about me– it’s for someone else.  I am just a conduit.  As Mark Twain was shared, “Great things can happen when you don’t get the credit.”  It's so true!

Ideas are seeds. If the idea has merit, it will add value to a cause, calling, or creed.  When I see that an idea adds that kind of value -- that’s often all I need. If a singular idea can trigger a bigger idea or spark hope in others then it’s NEVER wasted!  The waste is when it's not shared.

Furthermore, if I can stack my idea on someone else’s idea then that often leads to something bigger than the both of us combined.  It really is about spreading seeds. 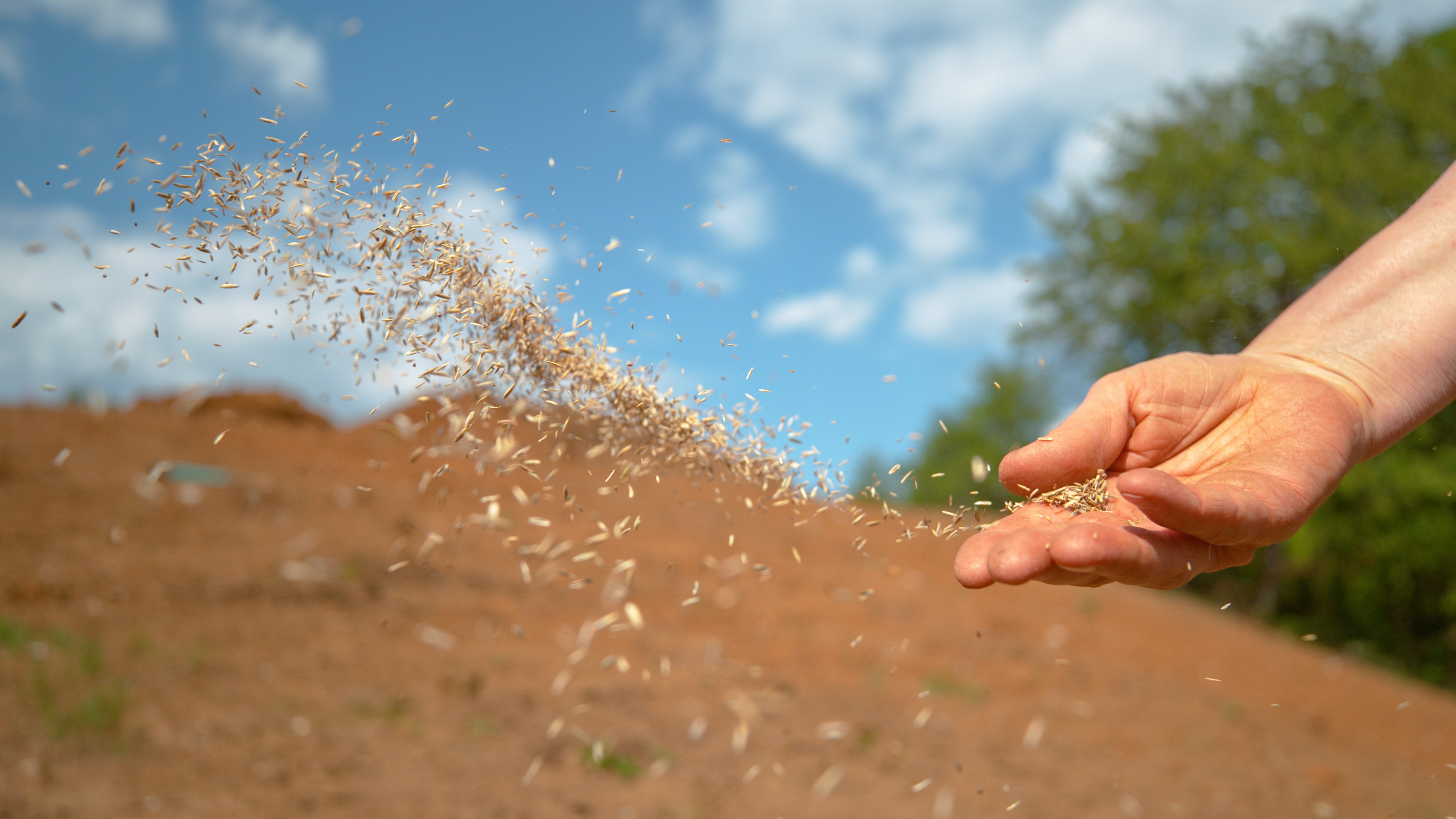 Idea stacking is the most powerful leadership principle on the planet, that few ever talk about or leverage. Its birthed nations, started companies, cured diseases, created connections, united communities, and more. Idea stacking cultivates collaboration, creates movements, and inspires others.

Do you see the difference?  Just a subtle shift from reluctant to intentional by idea stacking is often all it takes.  But intentional means intentional.  It's a daily commitment. Feed on not just your ideas, but the ideas from others.  If they add value in some way, affirm them, and stack them. When you do, it lights a match.

As for me, I refuse to let the oppressive voice of doubt take hold of me now.   Sure, it's still there, but  I choose to be intentional. The reluctant leader is part of my past.  I made the pivot.  I invite you to join me too.  Being an intentional leader is a choice you can make!  It starts by recognizing that we can all be more intentional.