I Love It When My Kids Call Me Dad 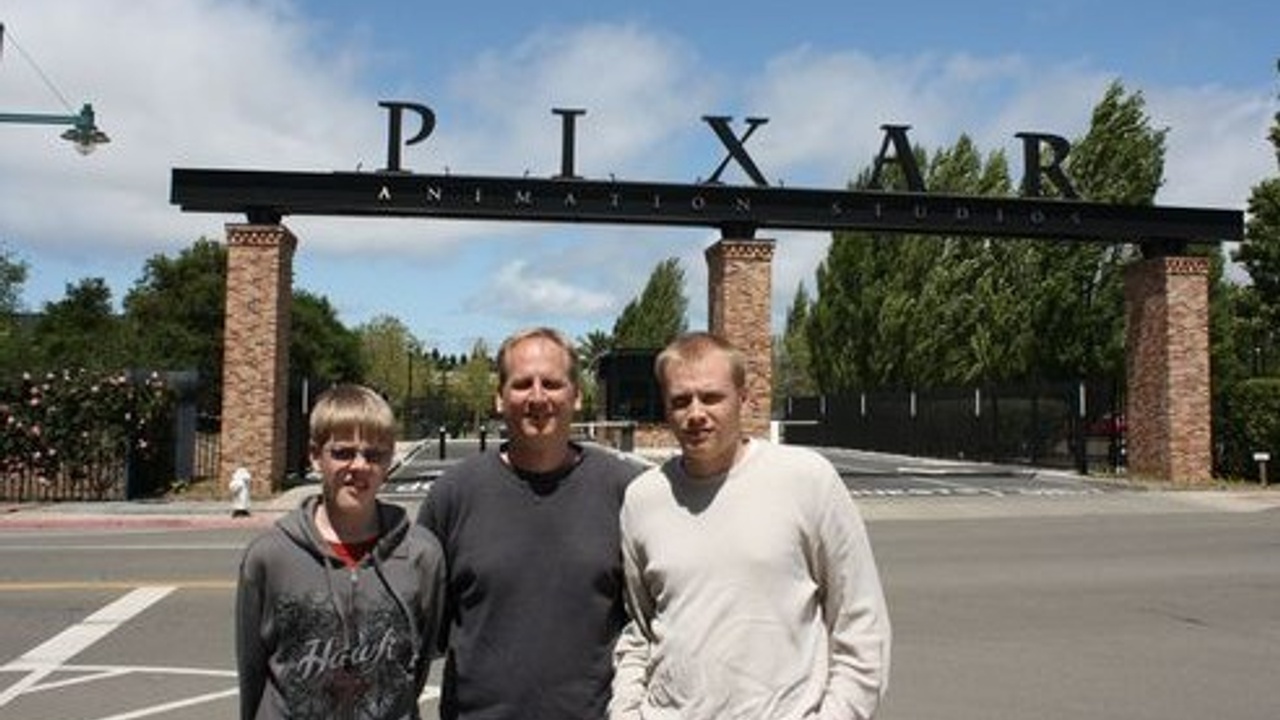 Today is father’s day. But my kids never call me father. They call me Dad. I love that word. Being a dad is one of the greatest joys of my life. It’s also one of the toughest roles of leadership I’ve ever had. I wouldn’t trade it for anything.

I remember the birth of my first son. It was one of the most amazing moments of my life. I cried with joy, as my wife and I gazed at our child for the very first time. But let’s give credit where credit is due. I couldn’t be a dad without my wife (and God's blessings). What she endured for 9 months, and then 8+ hours of labor is unfathomable. I couldn’t do it. I remember her experiencing contractions, and me writing down the times and duration. Helping her breath. She was the bravest thing in the world… and still is!

When we knew it was time for the birth, we jumped in the car in the middle of the night in the pouring rain and headed to the hospital. I had packed a video camera to capture the moment, but she made it clear a few hours later that what she needed wasn’t the dang camera, it was me. I needed to help her breath. I needed to help her through the toughest challenge she had ever faced. I learned that night to be a coach. It wasn’t just coaching her. I remember coaching my unborn son. Talking to him as if he could already hear me.

“Come on son. We’re ready for you. We’ve been expecting you. We need you to come.”’

Finally at mid-morning, the cries of our newborn were heard. We cried too. They were cries of joy. And now I’m tearing up just remembering it.

Michael was our first born. He was such a joy – and so mischievous. I remember teaching him how to swing a bat and kick a ball. But he figured out how to throw a ball on his own. I remember him call me Dad for the first time. “Da-da.” It was amazing.

If I could go back in time and tell myself what I should do to be the best dad I could be, I would just tell myself. “Just keep loving him. Enjoy every phase of their development. Learn with them.”

The interesting thing about being a dad, is that it’s about learning. It’s not just the child that’s in constant learning, it’s us parents too. We learn. We love. We lead.

The second most incredible moment was the birth of my other son. He came a little quicker than Michael. I remember the day he was about to be born being downstairs jamming out some software code, when Michael came down all calm, cool and collective telling me something that I never expected to hear from him. “Dad, mom says she dropped the water and she asked me to come and get you.”

“She dropped the water?” I wondered. Then it hit me. It was time! All of us jumped in the car, we dropped off Michael at the day care, and then Barb and I headed to the hospital. A few hours later Ryan entered the world. Again the tears come flooding. But the most heartfelt moment was when Michael came to the hospital later that day and gazed at his brother for the first time holding him in his lap. He looked at him and said, “Ryan, I’m your big brother. I’m so glad you are here.  I love you. Mom and Dad love you too.” That moment for me, was unforgettable.

We would soon discover that Ryan was even more mischievous than Michael. Full of surprises, and he kept us on our toes. We learned quickly that their personalities were not the same, which was probably a good thing. Michael was competitive. Ryan was creative. I remember just marveling at his personality, and loving being his Dad too.

A moment that stood out for me was in the mountains of Colorado when he was just a little tyke. We went for a short hike by the Arkansas River at the end of town. It was Michael, Ryan, my Dad, and me. Three generations hiking together. Ryan was just a little guy, and my Dad, aka their grandpa, had a special bond with his grandkids. Michael and I were leading the way on the hike, but I remember looking back, to see my dad holding my son and they were having an engaging conversation. Ryan pointed his hands at the river – or maybe it was a rock -- and my Dad just marveling at with him as he held him. The love I felt for him – for both of them in that moment – that my Dad had for him too -- touched me. I grabbed my camera and snapped a picture. Somewhere in a scrapbook buried on a shelf is that picture, but I still have it my mind. I’ll never forget it. And I’ll never forget the season of life telling Ryan bedtime stories, and sometimes making up our own.  It was often capped off with him telling me, “Love you Dad!” before I turned off the lights.

The third most amazing moment came years later. Our oldest son got married to a beautiful young woman that he met at college. In hindsight, she was who we had been praying for since he was a little boy. She was not just kind, but caring and compassionate. The greatest moment for me, was when she called me Dad. At first it surprised me. I didn’t expect it. I didn’t think I deserved it. But then, I realized later that because Michael called me Dad, she thought of me as Dad too. Now when I hear her call me Dad, I smile inside. Being a Dad is a joy and honor.

I love it when my kids call me Dad! 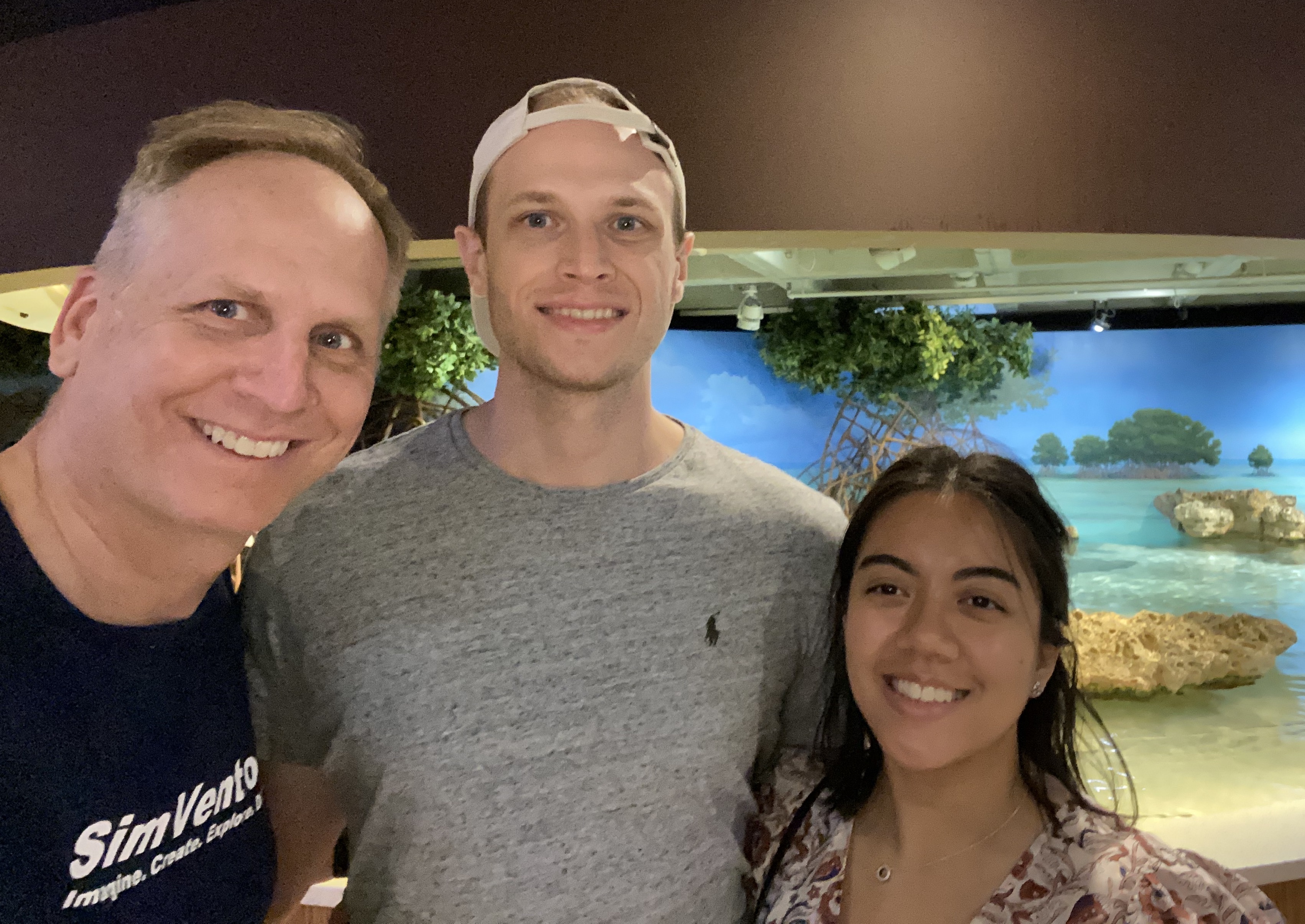